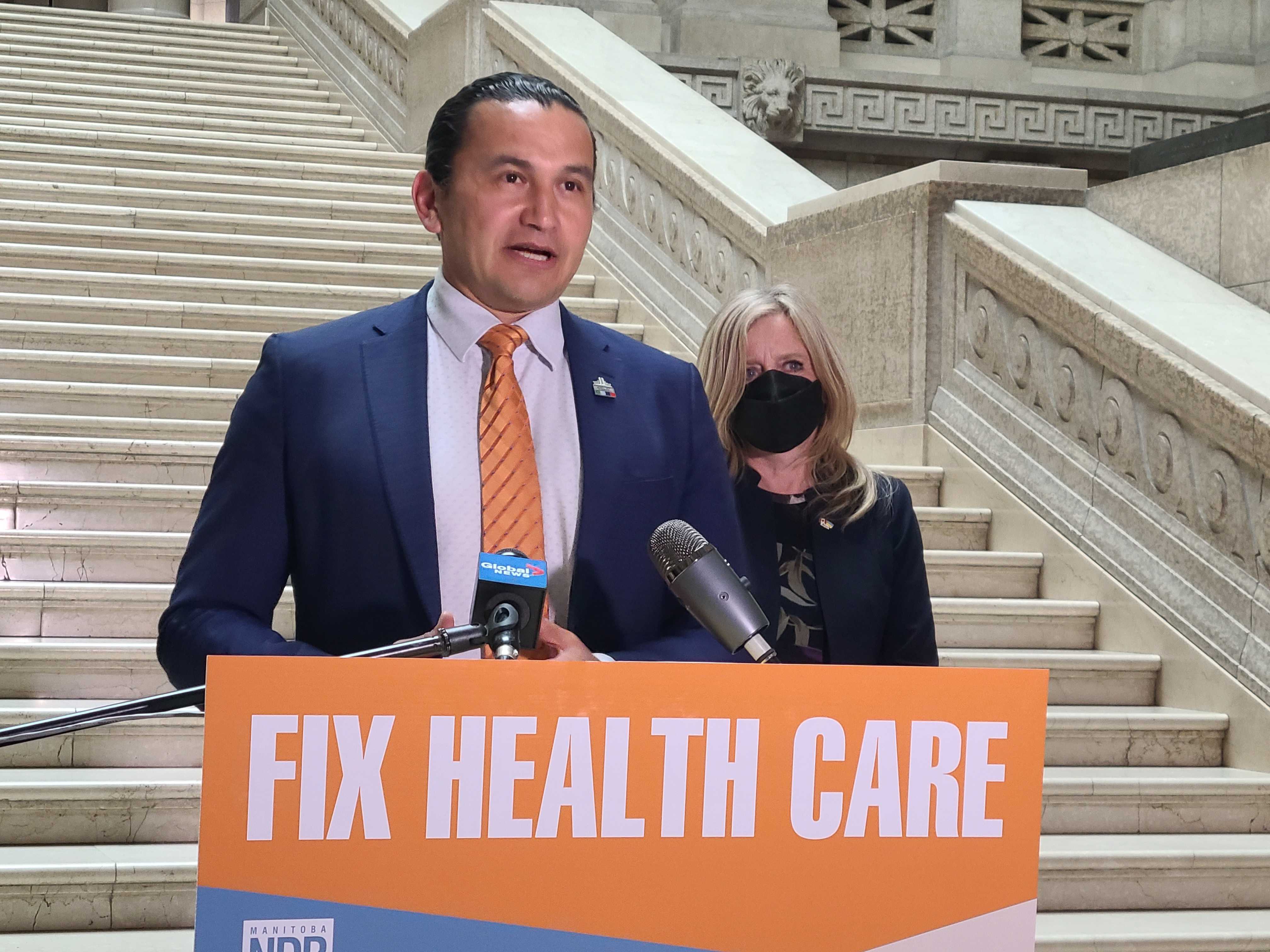 WINNIPEG - At a time when public healthcare is under extreme stress from the pandemic and Conservatives’ efforts to privatize, the federal budget fails to restore its obligation to assist with caring for residents in Alberta and Manitoba.

“Manitobans are paying the price after years of living with a health care system that is underfunded and unable to withstand PC cuts,” said Kinew. “In all, 170,000 people are waiting for life-saving surgeries, tests and procedures. Health care staff are overworked and exhausted and patients are being transferred hours away for care. We need to get Manitoba back on track and fix the damage the PCs have caused, and to do that we need a willing federal partner and a commitment at the provincial level to spend every new health dollar at the bedside.”

“Heather Stefanson will present her budget next week. We’ve called on her to hire more nurses and fix the surgical backlog, and to keep life affordable for families,” Kinew continued. “Those would be the priorities of a Manitoba NDP government, not the failed approach of the Pallister-Stefanson PCs.”

The federal budget does not include any one-time or ongoing increases to the Canada Health Transfer.

“The healthcare system across the country — and in Alberta, in particular — is more fragile than ever because of COVID-19. The United Conservative Party’s recent actions have shown their only interested in making it worse by cutting $800 million for healthcare relative to last year’s and the sudden firing of Dr. Verna Yiu.

“Today’s federal budget was the opportunity for the Federal Government to come forward and finally take on their share of support for our hospitals and frontline workers and they failed to take that opportunity.”

“In communities across Alberta, local hospitals are partially closed because there aren’t enough staff to operate them safely. In Hardisty, the emergency room has been closed for an entire year. In Lethbridge, more than 43,000 Albertans have no access to a family doctor.

“I am pleased to see progress made towards a dental care program. We want to see this available for Alberta and Manitoba families and we will work with any federal leader who shares that goal. At the same time we cannot allow public health care to be put at risk by the incompetence and ideological hostility of the UCP and PC parties.”