Treaty 1 Territory, Winnipeg MB—Manitoba NDP Leader Wab Kinew and Adrien Sala, critic for Manitoba Hydro, have written to Manitoba Hydro President Jay Grewal urging her to submit a rate application to the Public Utilities Board (PUB) so there can be a public examination and review of the Premier’s order to layoff 200 jobs to Manitoba Hydro.

“Hydro has said publicly that Mr. Pallister’s cuts will increase the risk to public safety, system reliability and their ability to provide high quality services to Manitobans. We need to stop these cuts and before they are implemented we need the independent oversight of the PUB to
shed light on just how damaging the Premier’s plan for Manitoba Hydro really is,” Kinew said.

The submission of a general rate application to the PUB would allow for the PUB and Manitobans to examine the impact of the layoffs on Hydro’s operations as well as rates paid by residents and businesses. Last week the Pallister government announced 200 front-line Hydro workers would be laid off over the coming months, and thousands of Hydro employees will be forced to take wage cuts.

“Manitoba Hydro is an essential service all the time—but particularly during a health care pandemic that has so many families relying on it to stay in touch, connect with work and school or power their homes,” said Sala. “Mr. Pallister’s cuts put that essential service at risk. They hurt the hundreds of frontline workers and their families and they make life harder for the hundreds of thousands of Manitobans who rely on our most important Crown utility.” 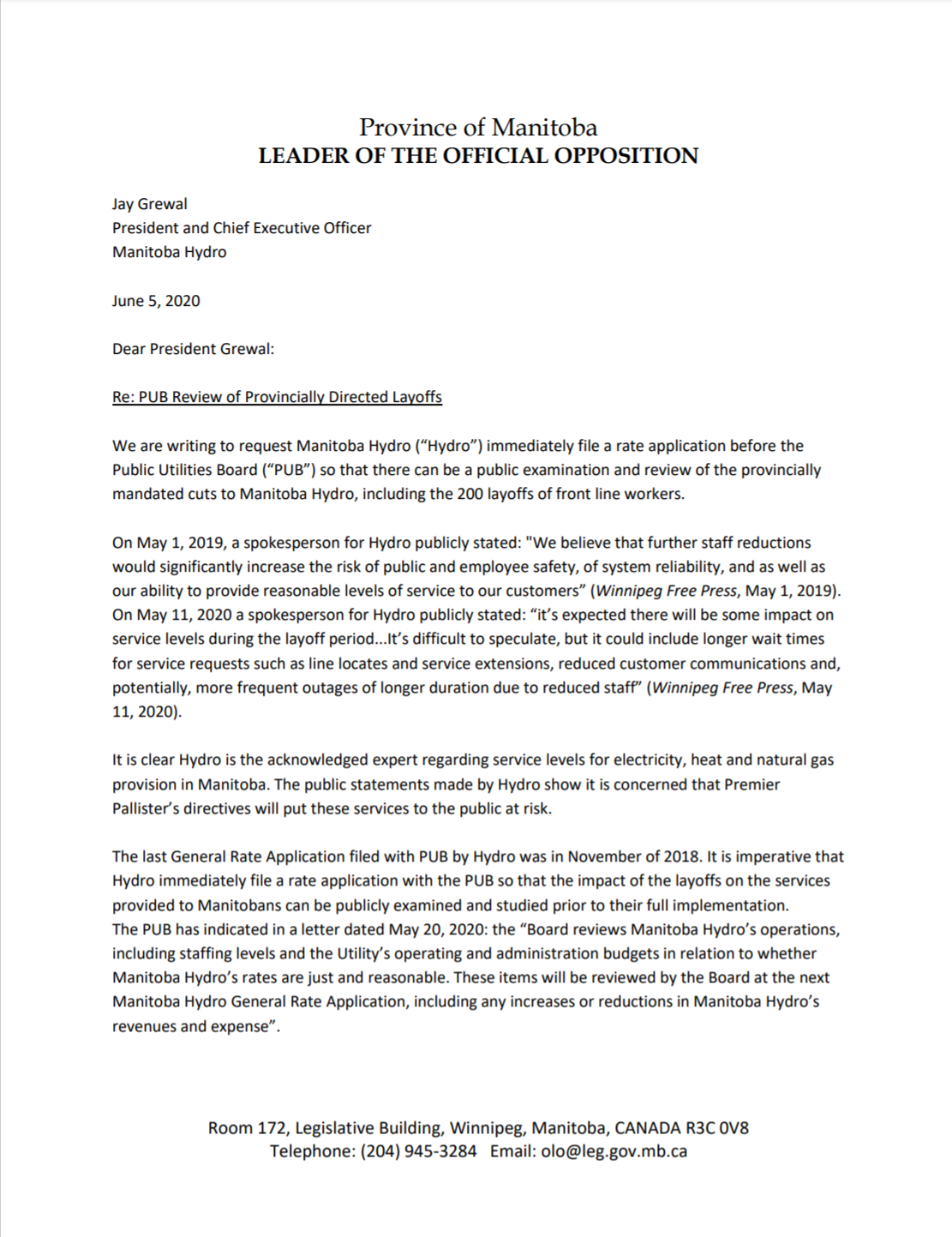 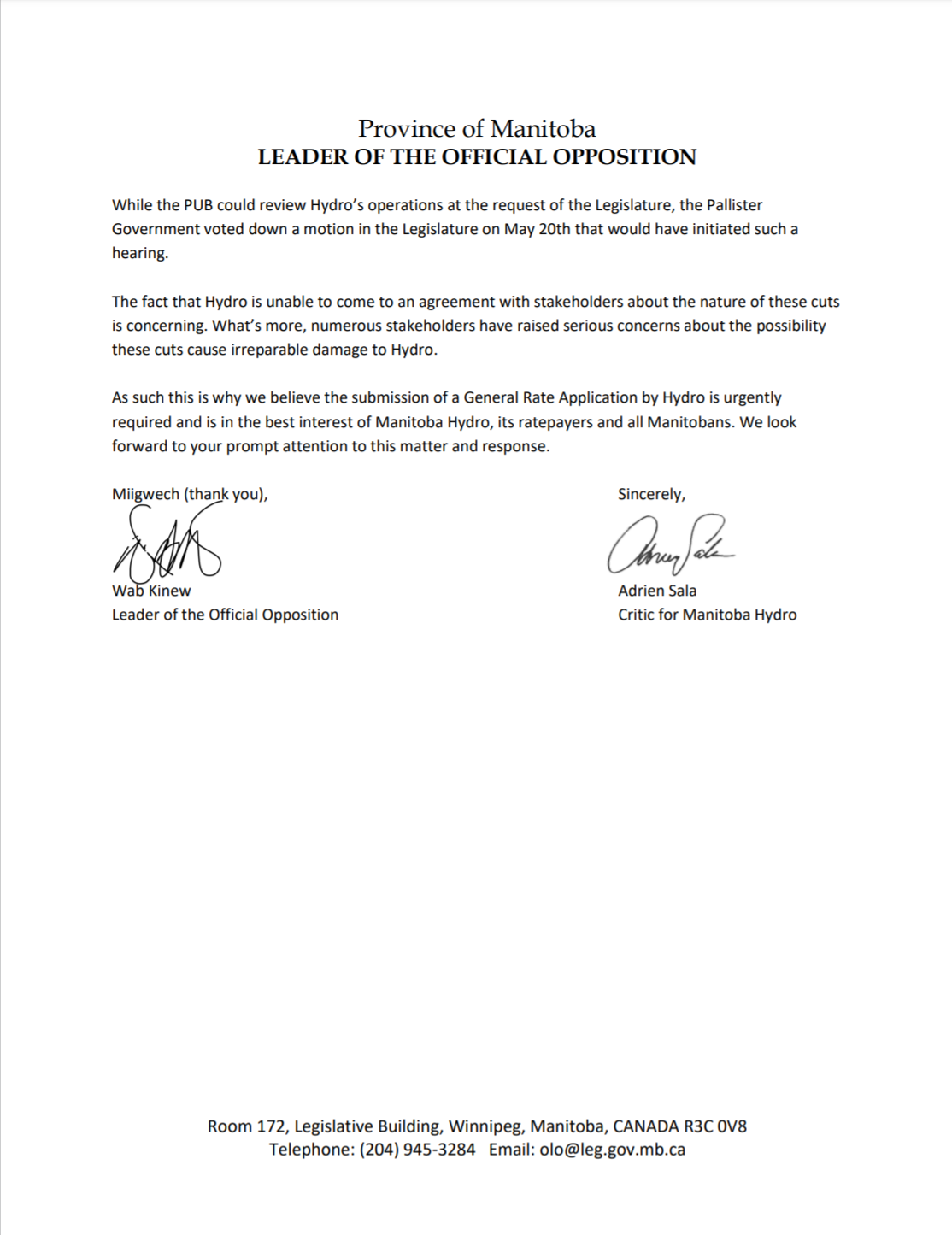