“Since the COVID-19 pandemic forced the shutdown of child care centres across the province, the Premier has continually caused confusion for centres and the families who rely on them,” said NDP Leader Wab Kinew. “The Premier pretended to invest in childcare and now we see what the truth really is—less than 0.01% has been spent for families.”

According to documents obtained through Freedom of Information Requests, the province had only approved and paid 15 grants as of May 26, 2020. Each grant is up to $3,000, meaning the government has flowed just $45,000. The total budget for the program is $18 million. The grant funding is administered by the Manitoba and Winnipeg Chambers of Commerce, but the provincial government “verifies eligibility of applicants”.

“Parents are struggling to pay child care fees, centres are struggling to support early childhood educators and their operations and the Premier has refused to offer any support,” said NDP Child Care Critic Danielle Adams. “Instead of investing $18 million in our publicly run centres, he has implemented a failed program that doesn’t actually help parents. The Premier should scrap this failing program and immediately invest these funds in our childcare centres, support parents and increase wages for our ECEs.” 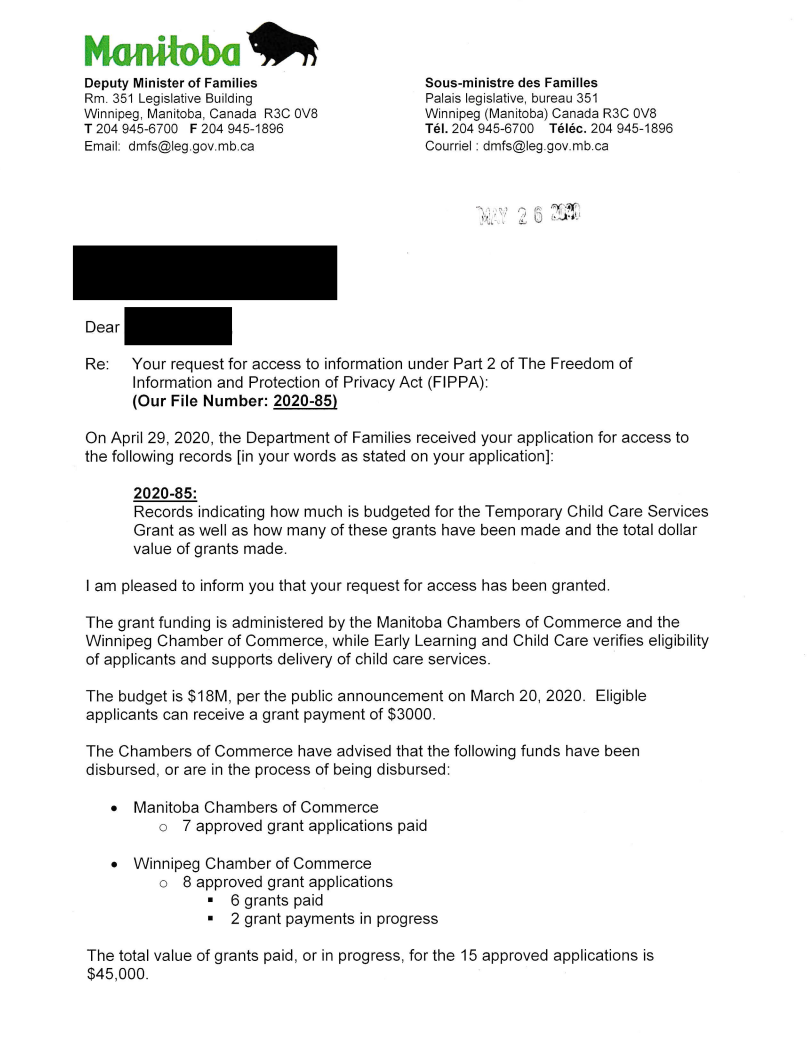