Treaty 1 Territory, Winnipeg, MB – After slashing budgets and forcing post-secondary institutions to submit plans for 10%, 20% or 30% workforce cuts the province is now withholding emergency funding and threatening to raise tuition yet again.

“Brian Pallister has already hiked tuition once for families in the middle of a pandemic, now we see that he is threatening to do it again just as families are starting to get back on their feet,” said NDP Leader Wab Kinew. “Against all expert economic advice, the Premier is weakening the institutions that play a key role in pulling Manitoba out of a recession. Now is not the time to make education harder to access—we should be doing everything possible to help students get the training they need to find a good job and drive Manitoba’s economy forward.”

A letter sent from the Department of Economic Development and Training to leadership at Assiniboine Community College reveals the Pallister government’s plan to consider further tuition increases at postsecondary institutions. The province says as the full economic impact of the pandemic becomes clearer, they “continue to collaborate to review these issues and consider increases to tuition as well”. The letter was sent after colleges and universities were forced to increase tuition once in response to the province cutting operating grants by 5%. The University of Manitoba hiked tuition by $250 for general arts students and $640 for medical students. The University of Winnipeg increased tuition for full time students by $168.

It also withholds emergency funding for institutions unless they focus on programs that fit the “labour market demands” identified by the Premier’s Economic Opportunities Advisory Board. “Colleges and universities are working quickly and intensely to get their budgets and operations in order for the upcoming year, yet now the province is potentially going to throw another wrench in the process with a second tuition increase,” said NDP Critic for Economic Development Jamie Moses. “It’s another layer of stress for institutions and families that are already facing unprecedented challenges.”

The referenced letter is below. 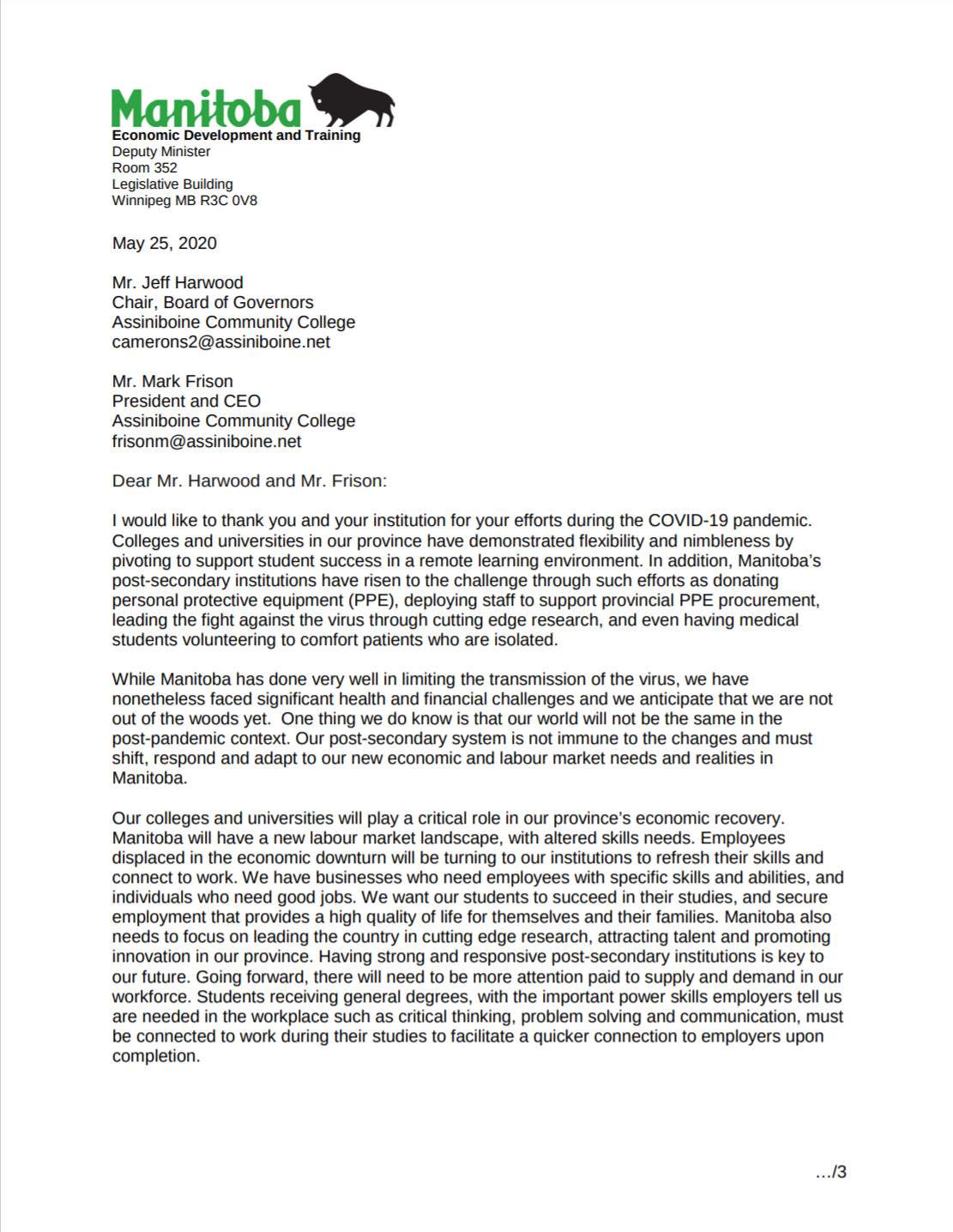 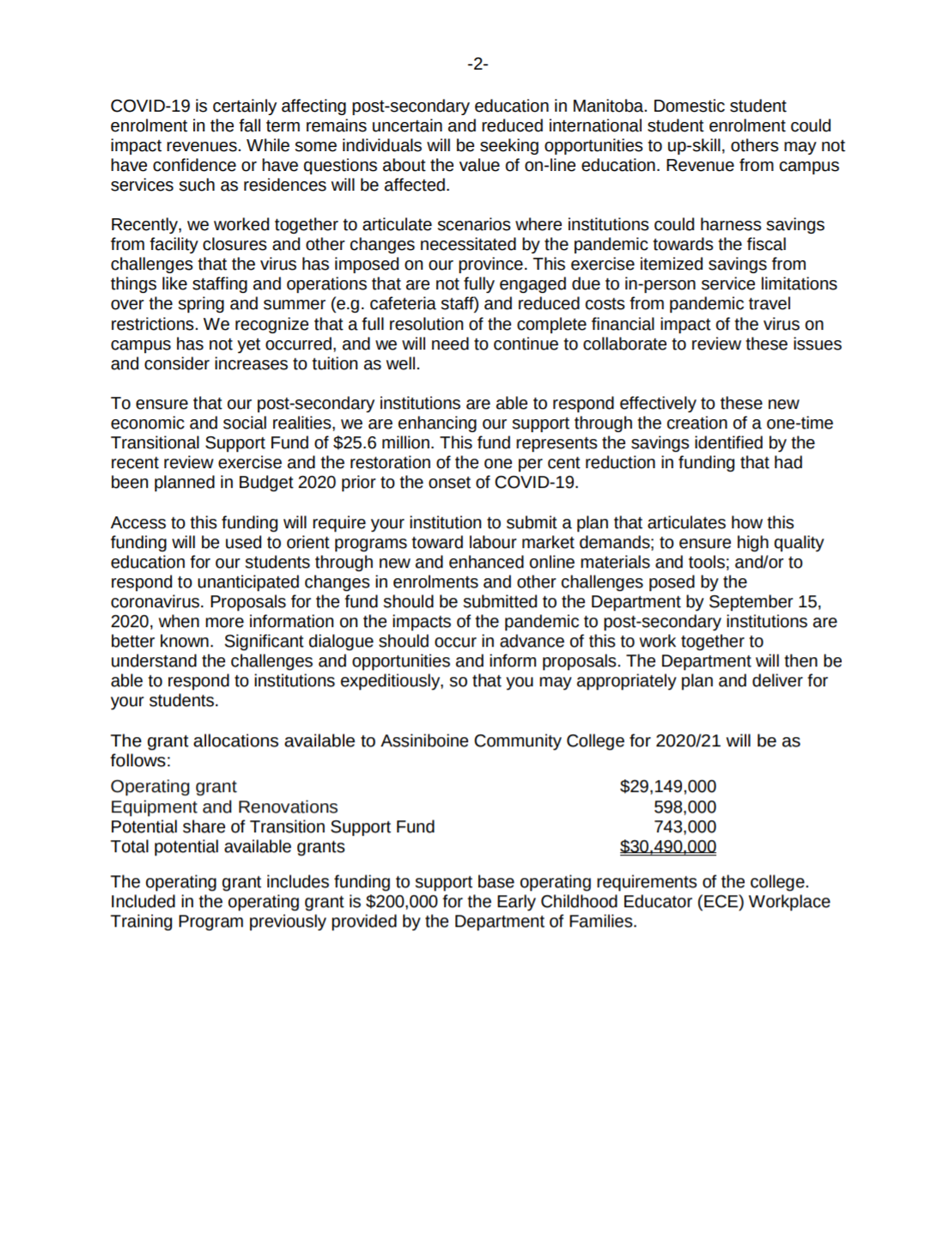 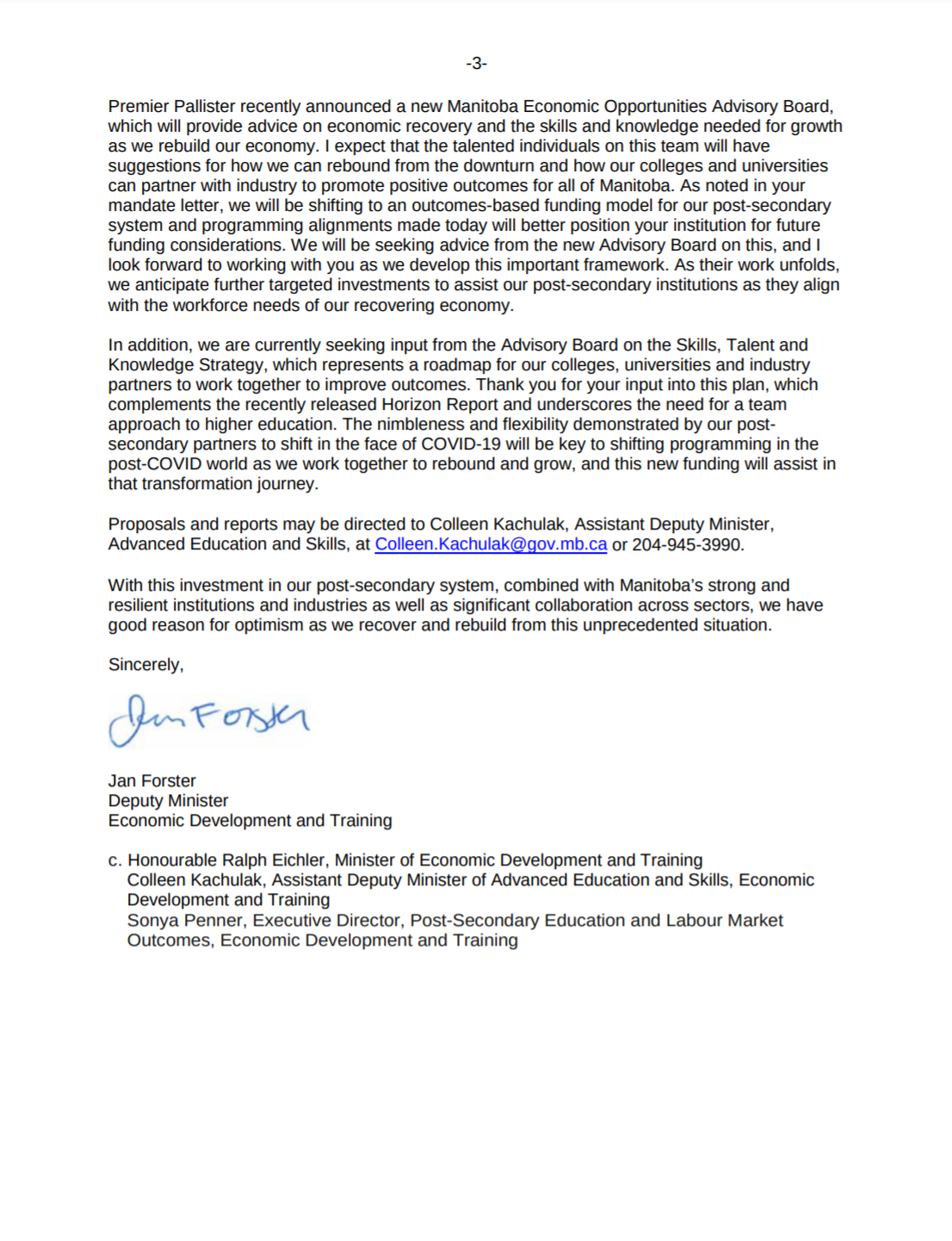